From his Ballina base, entertainment impressario Tom Kelly has worked with some of the biggest names in Irish music and comedy.

The Castlerea native was one of the main movers and shakers during the showband era as both a performer and promoter and later went on to manage showbiz stars like Brendan Grace, Niall Toibin, and Eugene Lambert.

Tom always had music and the lure of the stage in his blood.

“My dad worked part-time with a danceband back in the late 1940s and early 1950s. I was in the habit of seeing him go out a few nights a week in his dress suit with a couple of musical instruments under his arm. That’s where I got a grá for music,” said Tom.

A talented musician in his own right, Tom moved to Ballina at the age of 22 when he got a job in the Board of Works. He threw himself into the town’s music scene and quickly formed a band. 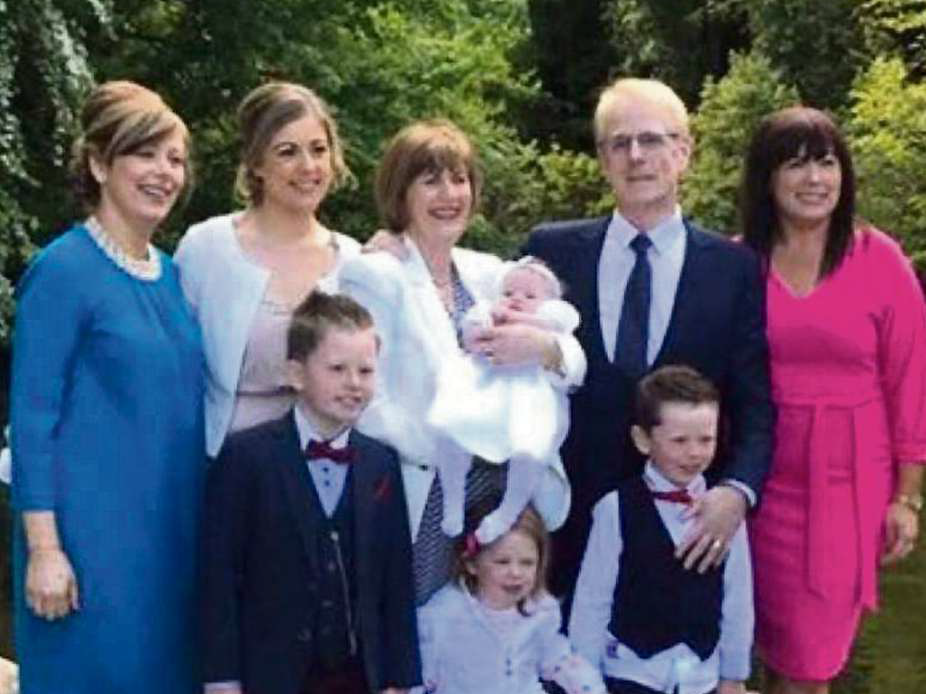 “I started a three-piece group in Ballina called the Tom Kelly Trio with PJ Clarke on bass and the late Noel Barrett on drums,” said Tom. The group performed locally for three years before Tom decided to make music his full-time profession.

“In 1969, I started a seven-piece band called Tom Kelly and the Abilenes. We had a full brass section and we played all the pop hits and a little bit of Country. Whatever the dance scene at the time demanded we played it,” said Tom.

The group toured Ireland and England and in 1970 there were changes in personnel. Tom brought in talented vocalist Gary Street and the band adopted the name Gary Street and the New Fairways. Four years later Sandy Duskey (now Kelly) joined the line-up. Sandy was to marry Tom’s brother Mike who was also in the band.

“It was a great and exciting time to be in a band. The dance scene was amazing and it was the only real outlet for young people at the time. The whole social life revolved around dancing, the ballrooms and festivals,” Tom recalls.

When Gary Street returned to his native England, Sandy’s sister and cousin joined the group which then became known as the Duskeys. In 1979, Tom put down his guitar and decided to manage the band full-time.

“It wasn’t a difficult departure. I was quite happy to do it because I was married with a young family and you could be on the road six times a week at that time,” said Tom. The Duskeys went on to represent Ireland at the Eurovision Song Contest in 1982.

“The Eurovision was huge thing at the time. It meant a great deal to a band. If you weren’t a success already it would make you an overnight success,” said Tom.

In the early ‘80s, Tom twigged that the showband era was on its last legs.

“You had the singing lounges all over the country and they were taking over to a certain extent. Then you had the discos with DJs in nightclubs becoming more popular,” he said.

However, it was a serious car accident that really damaged The Duskeys as a group.

“It was early July 1983, and the Duskeys were going to a festival in Cork when they collided with an articulated lorry. Nobody was killed thanks be to God, but two of the girls were in the hospital for three months and six months and that was really the end of the band. There was no coming back from there,” said Tom.

But Tom was soon to swap the screaming girls of the showband era for screaming children when legendary puppeteer and actor Eugene Lambert came calling.

“It was an accident really, I would have met Eugene on a couple of occasions and he was looking for an agent to do his shows around the country,” said Tom.

The pair forged a partnership that was to last for 16 years before Eugene’s retirement in 1999.

Children’s TV show Wanderly Wagon was in its pomp when Tom linked up with Eugene.

“I could not believe the drawing power it had. Wanderly Wagon was huge and so was Bosco which of course was Eugene’s daughter Paula,” said Tom.

Tom’s own reputation was growing and in 1991 he began working with mercurial comedian and actor Niall Tóibín.
Tom’s attention to detail was a happy match for the ‘temperamental’ Tóibín.

“Niall was a terrific professional. He liked to have everything right. His criteria was ‘Once I am seen and heard I am happy!’ That meant no noise from the bar and he was a stickler for time, but Niall was so great to work with,” said Tom.

In the entertainment business

Tom was soon to join forces with another comedy great. Brendan Grace and Niall Tóibín were chalk and cheese but Tom managed the pair masterfully.

“I had done a couple of shows with Brendan during the 1980s. One in the Downhill Hotel and the other in Belleek Castle. I remember in June 1992 I got a phone call from Brendan Grace. He said ‘I’m looking for a manager and I know you’re doing well with Niall. I’m offering you the job if you’re willing to take it.’ It was a job you couldn’t refuse,” said Tom.

Brendan was a massive name in comedy but for some reason, his live shows were not selling as well as expected before Tom came on board. “Brendan brought out a video for Christmas in 1992 and it did very well. It was a big seller and from the early part of 1993 onwards, every night was packed. It just exploded. Brendan was absolutely mega to work with. I was very fortunate to get that job,” said the modest promoter.

Tom was always impressed with Brendan’s manner with his friends.

“He was such a great people person. Brendan never had an objection to an autograph or a photograph or a selfie. There was no way he would ever turn anyone away. I found him a great guy to work with. You could talk to him and tell him if something wasn’t quite right with the show. Brendan was very easy to get on with.”

The pair worked together for 27 years and were incredibly close friends. Brendan’s death in 2019 rocked the nation.

“I still can’t believe he’s gone,” said Tom. In a business that is known to be cutthroat, Tom forged a series of incredibly lengthy and loyal partnerships with his acts. He worked with Brendan Grace for 27 years, and Niall Tóibín and Eugene Lambert for 16 years and incredibly never insisted on a contract.

He also worked with showband great Brendan Bowyer for a spell, and the 76-year old shows no sign of slowing down as he helps guide the careers of Johnny McEvoy, Isla Grant, and Mike Denver.

However, the pandemic has stilted his working life for the first time in decades.

“The entertainment business has been totally wiped out. Everyone is just waiting patiently to get back again. I think it is going to take the industry a long time to recover. I can’t see much happening before the back end of the year. For the previous 50 years, I would have been very busy. it is a strange feeling. 2020 was the quietest year I ever had that’s for sure.”

In 54 years in showbiz, Tom never once considered leaving Ballina.

“From the point of view of travelling, being based in the west of Ireland wasn’t easy. The roads certainly weren’t in the best of conditions in the 1970s! But I never had an inkling to move away from here.” 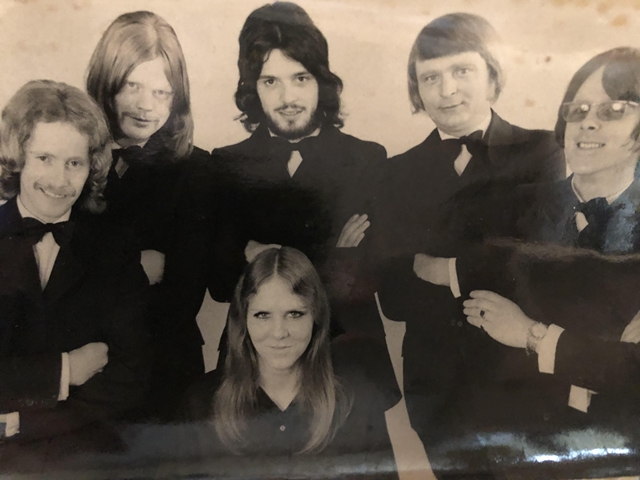 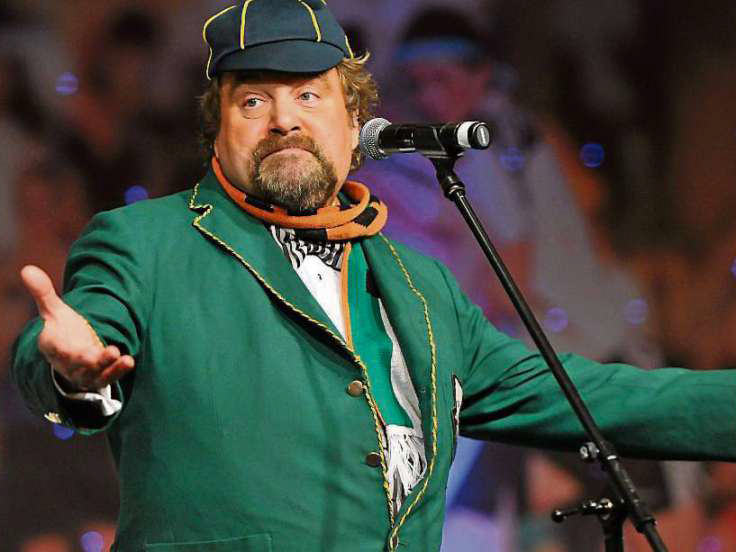